Here’s the first thing we ever released, our demo from 2000! Check the Bandcamp page for more releases. 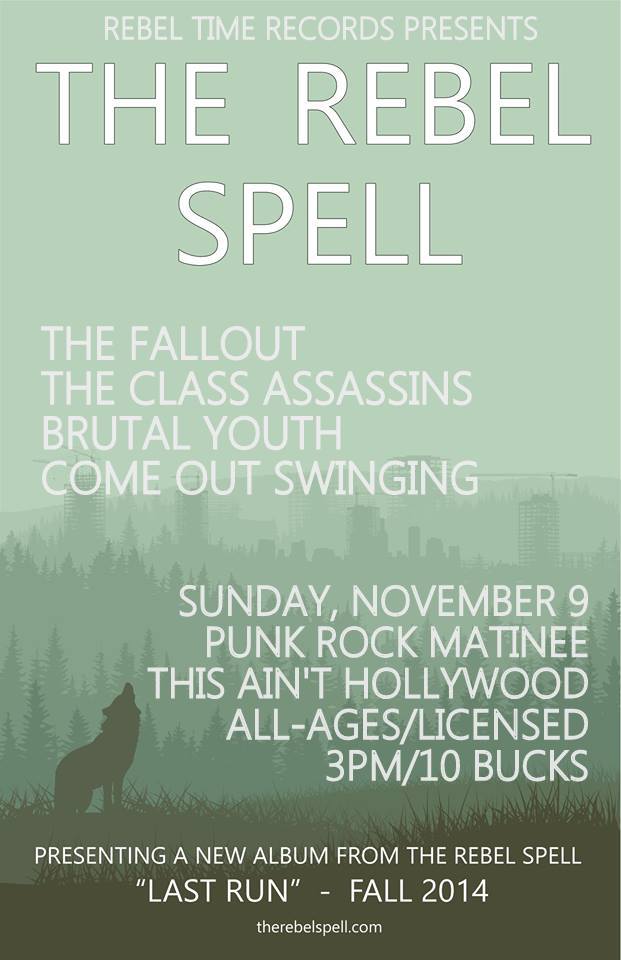 Here’s a brand new video for the song “Start Again,” off of our 7″ on Rebel Time Records!

THE CLASS ASSASSINS GET THE CHRIS WALTER TREATMENT…

Chris Walter,  ‘Vancouver novelist, memoirist, music critic and band biographer’ has written somewhere around 22 books, including a brand new biography of SNFU (a must read!) as well as bios of Personality Crisis and The Dayglo Abortions. He’s  the CEO and Head Pencil Sharpener at GFY PRESS, the publishing company he started, and you can check out all his stuff there.

Chris has been kind enough to do a bit of a write up on the band (with video and music) for the Deafwish website. Among other things he had this to say:

“Perhaps there is something in the water supply besides the usual toxic waste that causes otherwise normal mothers to breed children with an affinity for high voltage punk rock. If that is indeed the case, then the Class Assassins have absorbed enough of that deadly chemical to become Toronto’s reigning punk rock royalty, and they sit firmly atop that booze-drenched throne like the seasoned veterans they truly are. Or maybe there is nothing dangerous in the water. Maybe whatever Toronto has in the beer.”

You can check out the article here.

And, if you are looking for something to read while listening to The Class Assassins, we’d highly recommend the book ‘Wrong.’  What’s it about? “A housing crisis lead to social unrest on the streets of Vancouver’s troubled Downtown Eastside…just in time for the Olympics.”

Razorcake said of the book: “In the end, you are not only treated to a great story about punk rockers, but you are given a great deal of insight into the problems of the homeless and addicted in what has been described as the worst drug ghetto in North America.”

Our good friend Aldo of the PUNKS AND ROCKERS blog posted a video he shot of us…thanks Aldo!!

The shots have posted to the CRSP Photography Facebook Page which you can check out here.

Thanks very much Chris!

A BIT OF AN UPDATE…

It’s been a little while since we posted here, but that’s not to say we’ve been resting on our laurels!

We made it out to Montreal for a show a little while back, here’s a shot from the trip:

As well,  we’ve been back in the studio, recording a new tune or two…here we are with producer Dave Baksh.

We also just opened up for Jello Biafra and the Guantanamo School of Medicine: 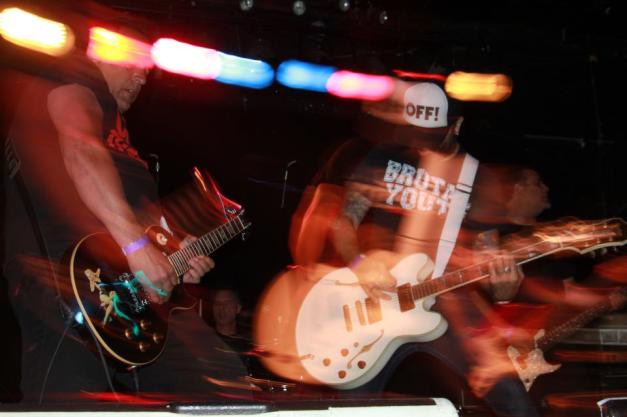 And, we’re stoked to be opening for Hard Skin in Toronto on October 5th!

And, here’s a swell review from Oi! Oi! Music:

Class Assassins, The – The Treason 7″

Actually I thought this Canadian band broke up long ago, but apparently they are still around. The band is described as melodic streetpunk, but i’m pretty sure people into melodic hardcore and modern punkrock acts like Propaghandi or Rise Against will enjoy this as well. Compared to earlier recordings of the band i can say they moved somewhat away from their streetpunk sound, but while listening to these new tracks I don’t mind about that as their approach of melodic punk music fits well with the band’s skills.

Yup, we are still around, and, like we say, we’ve still got a lot to give!

Check out the nice review of the 7″ from Rebel Youth Magazine:

“Toronto streetpunks The Class Assassins have followed up their brilliant 2010 full length You’ve Got It All Wrong with a new EP titled The Treason 45. The release includes two new tracks on 7” vinyl.

Side A, Treason, blends the bands classic stripped down punk rock sound with a heavy back beat to produce a song that is legitimately catchy and memorable. I received the album a day ago and have probably heard this song a dozen times since.

The B Side is a song titled Start Again which is more reminiscent of You’ve Got It All Wrong. It’s a straight forward punk rock anthem expertly crafted to incite the listener to sing along and throw back a pint for the working class.

The Treason 45 only has one problem; it leaves the listener wanting more, and that’s a quality problem to have. One thing’s for sure, I’ll be looking forward to the next full length.

Check The Class Assassins out and order The Treason 45 at Rebel Time Records.”

THE CLASS ASSASSINS ON BANDCAMP!

You can now listen to, or buy, the tracks from our latest 7″ from Bandcamp. Just $2.00 for both songs.

Please head on over to THE CLASS ASSASSINS BANDCAMP to check out Treason and Start Again!

THE CLASS ASSASSINS
Blog at WordPress.com.